Mary appears a lot, both in St Luke’s gospel, and in the gospel of Mathew, but in St John’s gospel she’s only mentioned twice.  The first time is at the wedding in Cana where Jesus turned water into wine, and the second one is where she stands at the foot of the cross, watching her son die in agony.  At Cana, Mary felt sure that Jesus could save the day, and we can imagine how proud she must have felt as she approached her son, confident that he’d be able to help out.

But Jesus seems to have brushed his mother off. Do you remember how he told her it wasn’t his business that the wine had run out? It wasn’t his time, he said. The words he used were “My hour has not yet come.”

You see, Jesus knew he had to show his love for God by being absolutely obedient to him. And to love like this means being fully open to pain.

We all know from our own experience that pain and love always go together. When we love someone, then we’re bound to get hurt. One way or another, the pain of separation always comes. We know how much we love someone through the aching pain which we feel when they leave us, sometimes through circumstance and always eventually through death.  And Jesus was obedient to God’s command to be fully human through his love, even unto death.

And this loving obedience earned, for Jesus, the grace to conquer death and rise from the tomb; a grace which overflows from Jesus to us, so that we, too, can join him in his resurrection.

Now all of this is made possible for us, not because Jesus was the Son of God, but because he was also the son of Mary, a son, born of a woman, just like us. Unless Jesus had been fully human, as well as divine, then he wouldn’t have been able to have made us acceptable to God. It’s because Jesus shares our human nature, that he can save us. We become one with Christ through baptism, and feed that union through the Eucharist, and so we’re with him right there on the Cross. As we share his life, so we share his obedience, his death and his resurrection. This is why he came into the world. The suffering redemptive love of God is shown clearly on the Cross, It’s traditional to think that when Jesus, with his dying breath said “Behold your son” to Mary, his mother , he was telling her that the beloved disciple was now to be her son. Well, I’ve no doubt that John did look after Mary, but I think it also makes sense of the gospel to reflect on the possibility that those words were said to Mary, by Jesus, about himself.

At Cana, Jesus’s hour hadn’t come. He told his mother this. But on the Cross his hour had arrived. This is why he’d come into the world; to suffer and to die for men and women everywhere.

Now he can tell Mary that his hour has come. He looks at her, and invites her to see this truth with the words” Behold your son”. This is how he was to bring people to God. By giving his life away in love for them in loving obedience to the God who told him to do this, and who was fully present in him. It wasn’t by changing water into wine; it was by his death, not by his miracles.  And we can see that Mary had nothing to do with his miracles because they were acts of divine power. However, she had a great deal of involvement with his death, because his human life came from her flesh.

Today, as we stand with Mary at the foot of the Cross we can remember those words of acclamation which we sometimes say at Mass;

“Save us Saviour of the world, for by your Cross and Resurrection, you have set us free.”

“The Word was made flesh, he lived among us and we saw his glory”

And this glory which shines from the Cross through his humanity was taken from the flesh of a woman.

The Lord has touched our human experience and leads it now through the darkness to light; from death to life; to a life of which there is no end, and where the hopes of human beings are finally and completely fulfilled. To a happiness given to those who have sought above everything else that God’s will be done.

For these people, God’s work in Christ is completed and brought to perfection. May it please God that we be found amongst them. 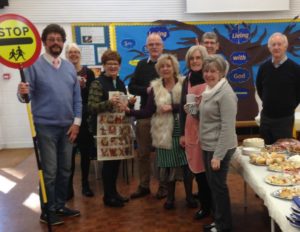 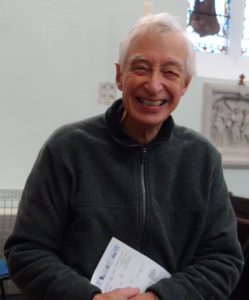 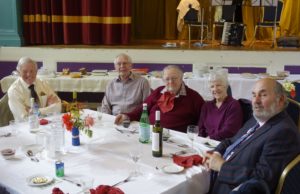 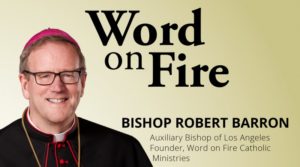