Because of the virus pandemic, we regret to say that meetings are suspended until further notice. 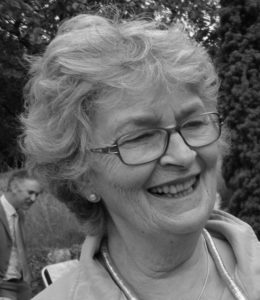 St Mary’s ‘Journey of Faith Group’ is an ecumenical group of people from the Methodist church, the Baptist church and the United Reformed Church, meeting together with about six people from the Roman Catholic churches. We meet at 10.30am on the second Wednesday of each month in the kitchen of the Priest’s House (The Presbytery) next to Saint Mary’s RC church on Lyme Road, AXMINSTER. The house is accessible for wheelchairs and sometimes Father Anthony is able to join us.

Until now, we have been using a book written by David Wells. Taking one chapter at a time, we have followed his suggested passages from the bible, after which we spend a short time in quiet thought and private prayer. This is followed by a discussion on the meaning of the passage, how it relates to our everyday lives and we end (no later than 12 noon) with a prayerful intercession on the various aspects brought to mind. Now that we have come to the end of David’s second book, we are beginning another called “Rediscover Jesus” by Mathew Kelly.

We are always hoping that others will join us and members of the other churches in Axminster are especially welcome. Obviously we want to be careful not to become too large a group but if there was a sudden rush of people to take part, we could start another group, perhaps on another day of the week. This group has been meeting for many years under different names and different leadership – we move with the changing times but our Christian values do not change and it has been so good to talk about what we can all share together.

To support Axminster in its fight against Covid-19, Click the Logo below